COVID-19 Announcement: We are currently OPEN and seeing patients although on a more limited and spread-out schedule. And, we are taking extra precautions to keep everyone safe. If you have, or recently have had any fever, cough or other respiratory symptoms please call your primary care doctor before coming to our office. We also offer telemedicine consults for herbal formulas for patients who cannot come to the office. Let’s all stay safe, and get through this together. We are happy to serve our patients during this extraordinary time! ALL CLINICAL STAFF ARE NOW FULLY VACCINATED AGAINST COVID-19. 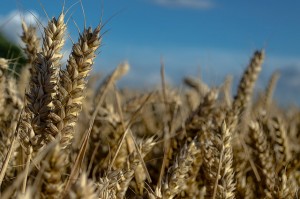 Grains have been a staple in peoples diets for thousands of years.  The last few years we have seen the atkins diet, the paleo diet and other diet fads that are low carb and high protein.  People are saying that carbs and gluten intolerance leads to a whole array of different health conditions.  From skin diseases to inflammatory bowel diseases to psychiatric disorders.  There is always someone making claims about these things all the time.  These health concerns and adverse reactions associated with consumption of wheat lies in how wheat is processed not in the grain itself.  There is nothing wrong with wheat as long as it is processed correctly.  Traditional people all over the world that eat some sort of leavened bread. They also use some sort of fermentation process which neutralizes the anti nutrients of wheat as well as predigest the gluten so that the nutrition in wheat is easily assimilated into the body.

A common traditional bread that we have all heard of is Sourdough bread.  In which yeast is introduced from a starter that has been cultivated using water, flour, and time to ferment.  It was not until the widespread use of commercially processed quick rising bread and yeasts that we see the issues associated with wheat consumption.  It is not wheats fault.  It is our love of convenience and modern technology that have led to this epidemic of gluten intolerance.  We do not need to go back to eating the way Paleolithic people were eating which is something that has recently been popularized with the Paleolithic diet.  We need to only look back a little bit into our recent history.

The jury is still out for me in regards to modern wheat being a problem.  Some argue hybridization of wheat has also led to gluten intolerance.  I am still not fully clear or decided on this issue. Hybridization is not a modern thing.  It has been used for centuries.  I would not say the same for GMO wheat though.   It is unclear which companies are producing genetically modified wheat.  Recently there has been a lot of talk about round up or glyphosphate.  Glyphosate is an herbicide used in wheat production that is toxic to humans.  Many are saying the symptoms we associate with gluten intolerance is actually symptoms of glyphosate poisoning.  I hope this issue gets sorted out soon,

On my last trip to China I had a discussion with my master as well as with my father in law about changes in dietary habits in China.  About fifteen years ago Chinese people stopped using a sourdough type preparation and moved to using commercially processed yeast.  Eliminating the steps of fermentation and opting for the quicker more convenient quick rising breads.  In the last fifteen years China has seen skyrocketing rates of heart disease, diabetes, cancer and many other chronic illnesses.  I do not think that the use of commercial yeast is the primary cause of this but it I do believe that it is a contributing factor.  The Chinese have also had issues with increased meat consumption, chemically processed oils, pesticides and food quality in general.

Improperly processed and prepared wheat products will can lead to a whole host of health problems.  Properly processed and prepared grains will lead to greater health.  Breads made from quick rising yeasts will cause blood sugar imbalances, and lead to inflammation in many body systems.  I believe breads made through longer processes which involves fermentation of the wheat will balance blood sugar levels and protect against chronic disease.

It is also my strong belief that traditional cultivation and processing methods of food in all cultures were time tested methods that were used for generations.  The effects of modern methods of food production are only now becoming more evident as our population is becoming weaker and less robust.

Wheat Is Our Friend Not Our Enemy – A Call For Traditionally Processed Wheat Products was last modified: October 29th, 2019 by Ira Wahrman

This article was posted in Diet and Lifestyle and tagged Glyphosate, GMO. Bookmark the permalink. Follow comments with the RSS feed for this post. Both comments and trackbacks are closed.
9147724044